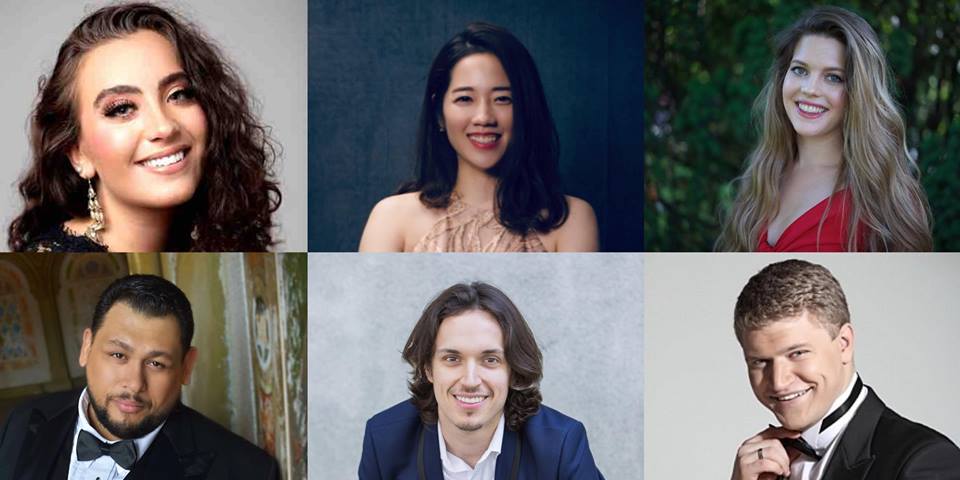 It was back to the West Village again, one of my very favorite places, this time for a special evening of song. This effort was brought about by some familiar faces in the opera community in Meche Kroop and Amber Evans; two figures who have consistently championed the cause of supporting young talent in the city. This concert, too, was aimed toward that end. It featured a select crew of young talent, that they have mined from around town. Their national patrimonies each (funny enough) spanned from all across the world.

The singers, 6 in all, chose to sing songs from the languages native to the countries of their origin; or those with which they had a close familial connection. As you can imagine, this made for quite the eclectic evening of art! Swedish, Polish, Korean, Ukranian, Greek, and Spanish were on the menu — while they are beautiful languages, I won’t have too much authority to speak on diction.

The first young singer of the night was a soprano by the name of Alexandra Linde, from Sweden. The most salient selection from her set was a Swedish aria by the name of Ack hvad behag ett hjärta njuter (Krauss). I had to do a double take when looking at this one, because it sounds almost identical to something Mozart would have written. It is a pleasing light lyric soprano voice, and showed some really nice ability to sing in the legato parts of the set. Sometimes, though, she faltered a bit with the fioratura passages. I think Mozart will be a great fit for her as she progresses through her professional career.

Marcel Sokalski offered a set of Polish art songs. The Canadian baritone had a clarion type of sound, especially through the middle and top, without sacrificing too much on the bottom. His voice reminds me of some great lyric baritone contemporaries like John Brancy, where people marvel at just how easy it sounds up there. His acting was good for the majority of the set, but there was a bit of indicative hand gesturing going on, at times. He will be attending Chautauqua this summer; featured in the role of Demetrius from A Midsummer’s Night Dream.

Sulgi Cho explained that they don’t have a long history of the modern art song in Korea, because of the lacking of pianos and western musical norms there. She offered several traditional songs, with the addition of a fairly recent Korean art song. She was the only person to have brought a prop to the show, a little hand fan, which was cute. I really enjoyed the ethereal quality of Cho’s voice. It seemed to emanate throughout entire space of the room, like a sunbeam. She also displayed several stylized gestures during the course of her singing, which reminded me of French Baroque operatic styling. Interesting stuff.

As the night progressed, so too did the maturity of the artists; in certain ways. Alexei Kuznietsov, a Ukrainian tenor, was an interesting example of that. In his bio, it reads that he has garnered a fair amount of acclaim in his native country, by winning an X-Factor competition there. You would never know it, from how unassuming and bashful his stage demeanor is, when he introduces his work.  The voice, though, enamoured. He has put in so much solid technical work through the passaggio that I couldn’t help but admire the sounds that were coming out. It is very Gedda-like, in my opinion (sure enough, he has performed Lensky and other such signature roles). While the acting, much like the speaking, was generally understated, he did show a bit of flair in his final selection Dyvlyus” ya na nebo. The high note at the end was immense and satisfying, the kind of high singing to which younger, less experienced tenors, ought aspire.

Greek mezzo-soprano Xeni Tziouvaras was probably one of the most polished acts of the evening. The initial things that I appreciated about her, were that she gave a succinct, well though out description of what she was about to sing, and she encouraged the audience to hold applause until after the end of the set. I cannot bear sitting through a concert where the audience claps after every single song. She offered an interesting Greek translated version of Ravel’s 5 Popular Greek Songs (ironically, usually sung in French). Her voice was mature, but not over darkened; as some eager young mezzos are oft to be. She had a gorgeous, well-connected sound, with no audible cues of a shift in technique. The major revelation was how that voice connected to her dramatic capability. Her gestures and expressions were always well-informed by the context of the song, and they always seemed genuine and extemporaneous, as a result.

José Maldonado, a Mexican-American baritone I had the pleasure of hearing just a day before, closed out the evening with the more ‘crowd pleasing’, Spanish, feel-good songs. He has a powerful instrument that really bursts out in a wall of sound on top. Sound output through the passaggio, and the climax on top, make me think of a Quinn Kelsey-esque Verdian instrument. His acting chops were ample, too — he left so much on the stage after Granada that he looked fatigued! I expect people will be seeing him on some larger stages sooner rather than later.

The pianists showcased some diverse skills, themselves. David Ji, Tongyao Li, and Tamara Kim were all keenly attuned to the needs of the songs and their collaborators; while still maintaining their own careful styles. I was particularly impressed when Kim and Maldonado were able to synch up their entrances in and out of rubati (the Spanish set being the only one with which I had enough experience/knowledge to criticize).

The evening was delightful, and it gave a chance for each of the young talents to shine in their own ways. If I had one critique, it would be that the structure of the concert could have done with a bit more exactitude. People were standing around chatting like fifteen minutes into the concert that was supposed to start at 8, there was no discernible set way that the artists were to be ushered onstage/introduced, and there were no parameters around the explanations of the pieces. This caused some of them to be a bit too long or convoluted. All-in-all the overarching idea was to provide young singers with a low pressure platform to showcase their skills, and I think Meche and Amber achieved that with gusto. There were also brownies and wine after, so 10-out-of-10 for the night; as far as I am concerned.

Enjoy this review? Have an arts related issue that you would like to help shed light on? Let me know in the Contact portion of the blog!

Check out more of what Meche does at Voce di Meche!