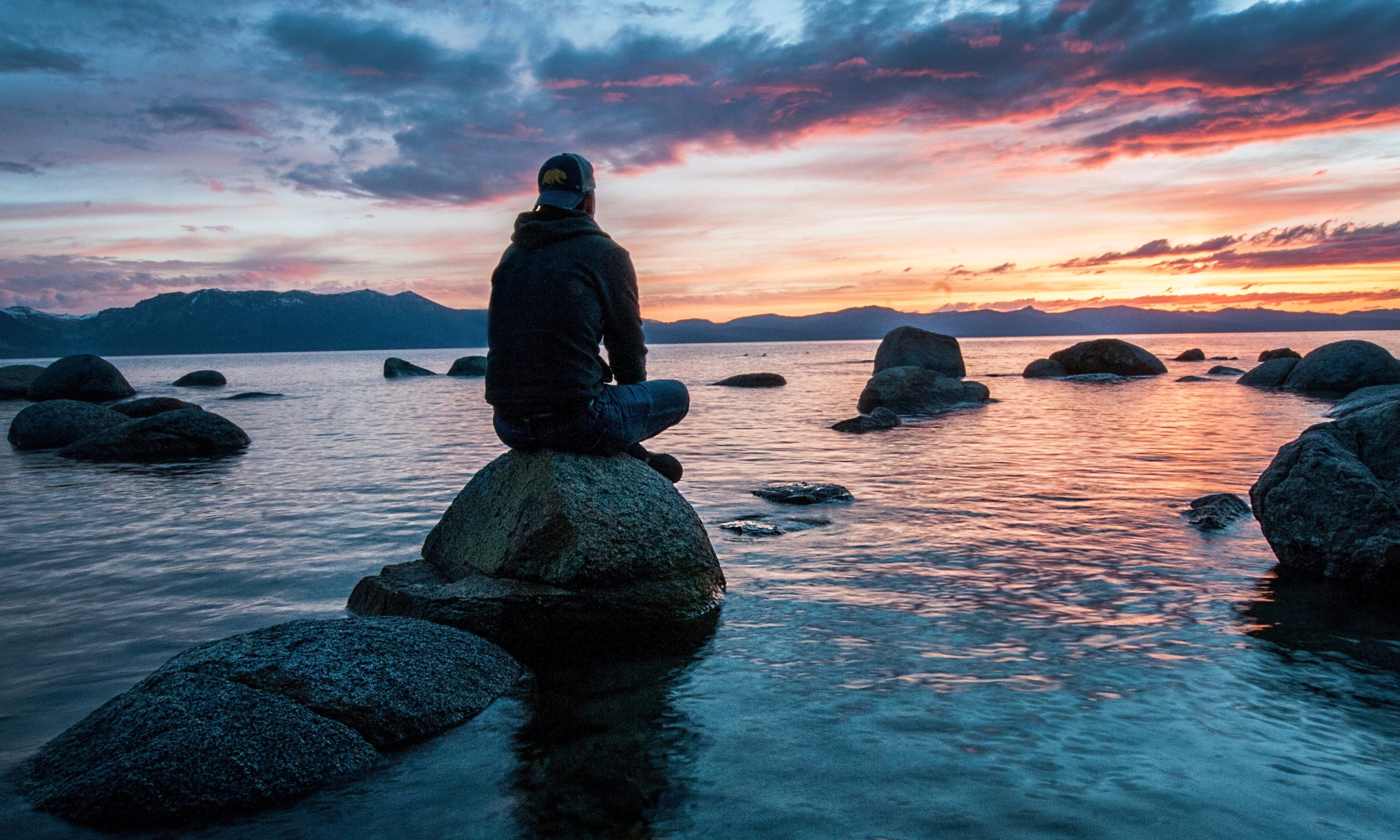 This one goes out to everybody who has been told to get a “real” job.

Busy audition periods can feel like a Groundhog Day, filled with people who are just re-interviewing for a job that had the year before. Those earlier on in their career journeys understand the pressure that comes with not knowing where your financial path will lead you from one year to the next. So it can be so invigorating and thrilling when you nail an audition, and get that few episodes on air or a season long run on the stage.

You are going to want to start living like a human being for once, but wait…not so fast!

If you were anything like I was when I emerged, bushy-tailed, after my graduation with a degree in the arts, you have a keen sense about what it takes to live in the craft. What they seldom teach you about in these classes, is what to do when someone pays you for it.

It’s not uncommon for artists to be paid as employees (in fact, as I write this, I am sitting in the Metropolitan Opera rehearsing as a member of the auxiliary chorus) but this post isn’t for those people. Most companies that you will audition for want to pay for you as a product. You produce this one thing for me on this one day, and I will give you some money. Fin. It is those people who can get themselves into a bit of trouble if they aren’t careful (just ask Nicholas Cage). Why?

In a word, taxes. 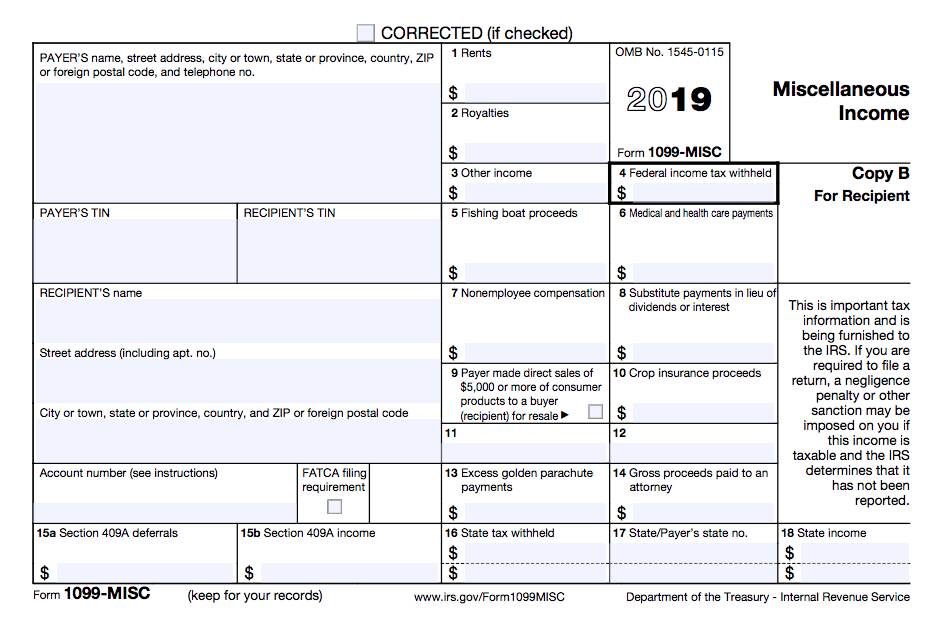 When you pay taxes as a independent contractor, you are having all of your money being paid directly to you up front. Being paid this way is much different than the kinds of jobs you would expect to be doing prior to/or during college; where you work a retail or food service job a set amount of hours per week, and receive money for those hours less the amount they keep for taxes.

Instead of a W2 form being sent to you (detailing the amount you were paid and what taxes you owed) you are sent a 1099 form. The 1099 simply states how much one party/entity paid to another over the course of a given year. So it is up to you to personally withhold (save/not spend/stare longingly at) the correct amount of taxes from every paycheck that you receive. All year. Every time.

Many of the people I know in the arts/entertainment business aren’t always perceived as being the most practical people (in my opinion, often wrongly so). This kind of unmitigated power over a body of untouched money is likely to look like a forbidden fruit/tree of knowledge-type situation. Especially if there are seasons in the year that are leaner than others. But before you lament your fate, consider that for every pitfall of this model, there is a potential benefit.

If the difficultly surrounding contract work is underlined by the complete financial autonomy, then it is punctuated with all of the problems that any independent business has to deal with.

Contractors will have to do their own shopping for health/dental insurance. One benefit that an employee often gains, in the traditional employment model, is that many employers offer attractive plans for health and dental insurance coverage; as incentives. While it can certainly be difficult to have the responsibility to provide yourself/your family without the certainty of a company sponsored health plan, it isn’t necessarily as difficult as it once was.

With the advent of the Affordable Care Act (ACA), under the Obama administration, citizens in the United States have the option to apply for providers with the assurance that the government will step in to help subsidize those families for whom the cost of insurance can cause undue financial burden. Many similar types of universal, government-sponsored healthcare options have existed abroad in Europe for years.

There are also favorable options on the healthcare market available through national performing arts unions; such as the American Guild of Musical Artists (AGMA), Actor’s Equity, or the Screen Actors Guild‐American Federation of Television and Radio Artists (SAG-AFTRA).

Unless you hire other firms to represent you, performers will have to do much of their own marketing, networking, accounting, budgeting, etc. This point akin to the first one, but with certain caveats. While traditional employees don’t usually think twice about the differences between personal and professional expenses, this mindset is ever-present in the mind of the artist contractor. especially since they aren’t going to be provided with a company credit card, or petty cash expenses account.

Things always are colored by this context. Can a cup of coffee with a friend also be a business meeting with a colleague? Can a subway ticket downtown be written off next April? There is no avoiding the mental gymnastics of these constant calculations.

The answer is informed by your informed judgement. Know what tax law stipulates as an expense, and then keep a record of what you judge to fit within the bounds of that judgement.

On the flip side of this coin, personally controlling the finances of one’s your own business means that you have first available access to investments with your money, instead of having to wait for a tax return. This means that, not only do you get to represent your finances to the government at your discretion; but you also are able to buy/sell assets and securities, earn interest and save money in real time. This form of payment rewards people can plan ahead.

If you aren’t a great planner, how do you go about preparing yourself?

This question applied to me for the majority of my adult life. They way that I avoid a potential financial disaster (if I did at all) centered around some key tenets.

One big way to try and make this happen is to spend much below market price on your rent/living situation. See my article on how artists do this do this in the major hubs: “City life for performers: phenomenal cosmic rent, itty-bitty living space”.

Another way to go, and this can be a large pill to swallow for some of us, is to take up residence with our parent/family for a time.  Remember that life is not a static entity, hard times (and good times) never last for too long is to work to set them a-right. Just because you are down now doesn’t mean you will be down forever…regroup, get back to the drawing board, and hit it again with a renewed sense of purpose.

You don’t need every subscription or service. Use a friend’s netflix. Look for free or cheap options to fulfill entertainment or leisure must-haves.

Make your coffee, and cook your meals. C’mon guys, just do it. Limiting the amount of times per month taht you go out for meals/drinks cannot be overstated when it comes to the effect it has on your bottomline. For me, This adjustment was the single largest factor on the upturn in my financial health.

Obviously that is easier read than to practiced. It is difficult to look at 2 dollars in the ATM and save any of it.

The way I operate is by maintining two bank accounts within  as single bank (a checking and a savings) and essentially splitting every dollar I make right down the middle between them; for as long as it is financially feasible to do so.

In order to be able to over-save, it’s important to be able to make a fair amount of money to manage a savings, which ties in with the next point…

Prepare for your auditions so that you have an income to govern. Take the jobs, for a while, that you might not want to take; it’s not uncommon to discover something valuable to yourt art working a job that doesn’t feel like a career. I put some options forward on my other article: “6 alternate careers in which actors and singers can thrive”.

Harrison Ford was discovered in his thirties while he was working as a carpenter, Andrea Bocelli was a cabaret pianist in a bar, Hugh Jackman taught at a high school, etc.

Paying and preparing for taxes is not a sexy issue…but, if you situate yourself just right, you are going to feel really sexy after you do.

Good luck, happy trails, and keep swimming toward your dreams!